What is the CRS?

CRS is a globally co-ordinated approach to the disclosure of financial account information in respect of individuals and organisations in order to combat tax avoidance. CRS imposes obligations on financial institutions (FIs) including St. Canice’s Credit Union Limited, to review and collect information to identify an account holder’s country of tax residence and then provide certain account information to the Irish Revenue Commissioners (IRC).

CRS was approved by the Organisation for Economic Cooperation and Development (OECD) in July 2014. A number of jurisdictions have committed to implementing CRS with a subset of the participating jurisdictions, including  Ireland, signed up to be ‘early adopters’; i.e. adopting the CRS reporting rules with effect from 1 January 2016. Other participating jurisdictions will follow in 2017 and subsequent years.  Section 891F of the Taxes Consolidation Act 1997 implements CRS under Irish Law.

What does it mean for St. Canice’s Credit Union?

For St. Canice’s Credit Union (the credit union) this means that all accounts opened from 1 January 2016 will have to capture new details from a member such as the member’s tax residency, Tax Identification Number (TIN) and date of birth, which may be required to be reported, along with some account details (including the account number, account balance or value and certain gross amounts paid or credited to the account), to the IRC from 2017. The credit union will also be required to review any accounts in existence as at 31 December 2015 to determine if they are reportable and, if so, provide this information to the IRC. The IRC will then separate out the information received by jurisdiction and will report the members details to other participating CRS jurisdictions.

What does it mean for you?

CRS introduces important new obligations that you need to be aware of.

If a member has a non-Irish tax residency and does not provide us with a foreign TIN, we cannot open the account.

How is CRS different from FATCA?

This agreement is separate to The Foreign Account Tax Compliance Act (FATCA) which relates only to members who are citizens of the United States or are resident for tax purposes in the United States. CRS will report on a wider range of tax residency jurisdictions. The current process for asking and recording FATCA questions for personal customers will continue to be followed. The process outlined above is an additional mandatory step for capturing CRS information for personal customers

St. Canice’s Kilkenny Credit Union Limited is not liable for the accuracy of the information contained on any third party website.

In accordance with the Foreign Account Tax Compliance Act (‘FATCA’) and the OECD Common Reporting Standard (‘CRS’), St. Canice’s Kilkenny Credit Union Limited may be required to report certain account holder details to the Irish Revenue Commissioners who may, in turn, share this information with tax authorities in the relevant jurisdictions. Please note that the credit union does not provide tax advice and will not be liable for any errors contained in the self-certification form. If you have any questions about FATCA/CRS you should contact your tax advisor or the Irish Revenue Commissioners.

Reduction of Revenue Reporting threshold from €635 to €300

The Return of Payments (Banks, Building Societies, Credit Unions and Savings Banks) Regulations 2008 (as amended) provides for the automatic reporting by credit unions and other financial institutions details of members/customers to whom they have made payments of dividend/interest.

Each year since 2009 the threshold amount for reporting by St. Canice’s Credit Union was €635. This meant that any dividend paid to members in excess of €635 was reported to Revenue by 31st March of the following year.

Accordingly, in February 2015, the Statutory Instrument to reduce the reporting threshold from €635 to €300 was signed into law.

If you do not complete the self-declaration form DE1, the credit union will be obliged to deduct DIRT from your dividend or interest. You will then have to apply directly to the Revenue Commissioners for a refund of this DIRT (if you are eligible). 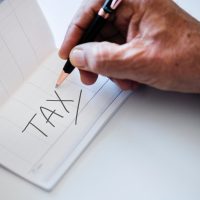