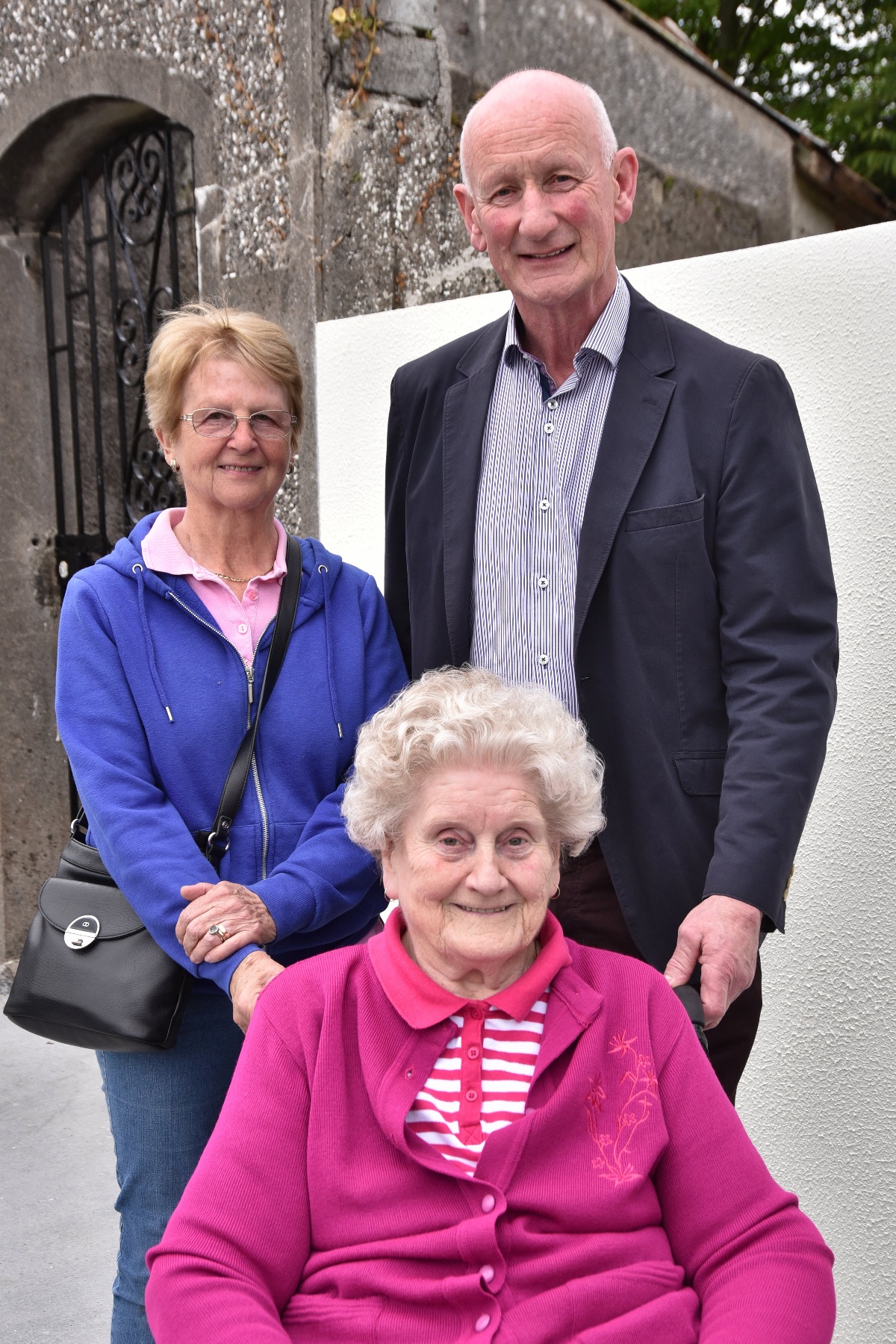 It is May but you can’t tell that from day to day. Last Thursday 17th, was one exception when the sun shone down on the St. Canice’s Credit Union Branch in Graignamanagh as it was officially reopened by Brian Cody with honoured guest Bonnie Prendergast.

It was 2 years ago when the board of Graignamanagh Credit Union approached St. Canice’s with a view to merging together and since then the Branch in South County Kilkenny has gone from strength to strength with business increasing by 25% in terms of new members and loans.

The other great change was that the opening hours were lengthened in the branch and it is now open 4 days a week with 3 full time staff, so there is always a friendly face to greet you, which continues the high standard of member service which was long established in Graignamanagh Credit Union before their merger with St. Canice’s Credit Union.

The enormous contribution that Graignamanagh makes towards the overall St. Canice’s CU group made the decision to improve and invest in the Branch an easy one. The branch closed for 2 weeks and the resulting transformation was worthy of an interiors TV reveal show, with both members and staff overjoyed with the new look and access possibilities.

A major part of the upgrade & planning permission process involved moving the front door to the side of the building, so that for the first time wheelchair and buggy users could easily access the Credit Union building. The internal layout was also completely remodeled and has to really be seen to be believed.

The official reopening happened last Thursday with Brian Cody & Bonnie Prendergast cutting the bright yellow ribbon together and both Brian and Michael O’Reilly from St. Canice’s Credit Union making heart-warming and motivating speeches to the crowd who had gathered to celebrate the day. As ambassador for St. Canice’s Credit Union, Brian presented a beautiful bouquet of flowers to Bonnie for her years of work with Graignamanagh before and during the merger process. There was the mandatory tea, coffee, cakes and sambos to keep the crowd fed and watered with lots of chat and smiles to go along with them.

Later that afternoon the Credit Union held their monthly members’ Prize Draw in Graignamanagh. The winner of the Honda Civic car was Paul Murray from Beech Park in Kilkenny and the winner of the €5,000 monthly cash prize was Tony Wall living in Mullinahone.  As an extra bonus for the day that was in it, a 3rd prize of an added bonus €5,000 was won by Mairéad Hoyne from Rathmoyle.

If you live or work in the Graignamanagh area, you too can become a member of the St. Canice’s Credit Union group of Credit Unions. We have 10 branch areas in total and with Credit Unions having been awarded the top prize in customer service for 3 years in a row this year, as well as being rated the organisation with the No.1 best reputation in Ireland by RepTrak only last week, it is a financial organisation that might just be your local reputable financial solution – give them us try; you won’t regret it.