In recent years PCP, or Personal Contract Plans, have become a popular way to finance a new car. Many dealerships can offer you a very attractive-sounding deal on the spot – affordable deposit, low monthly payments, trade in the car after 3 years… What could possibly go wrong?

Unfortunately, it’s not quite as simple as all that and there are several pitfalls to be aware of when entering into a PCP agreement – most of which can be avoided completely by taking out a car loan with your local credit union instead.

Here are some reasons you should talk to your local credit union rather than enter into a PCP.

With a credit union car loan the car is yours from day one.

Because PCP monthly payments are fixed over the term of the agreement, you usually can’t pay extra each month to finish up early and you will be charged a fee if you need to restructure the agreement in any way. If you agree to act as a guarantor for someone taking out a PCP you are in fact a joint hirer and not just a guarantor. Any missed repayments on the agreement will also show up on your credit record.  As a result of this, you may find it difficult to get a loan in the future.

With the credit union, there are no penalties for paying off a loan early, so you can pay more than the minimum each month if you wish. Also, because each credit union is locally run for the benefit of the community, it is often possible to renegotiate the terms of the loan with your local office should your circumstances change and you run into difficulties. Check out our blog for more details on the unique flexibility of a credit union loan. 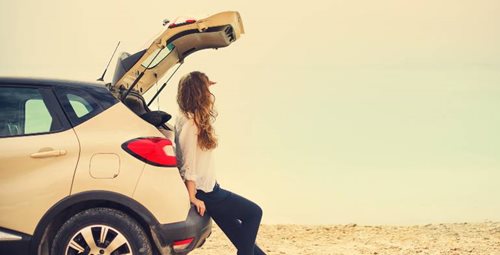 A PCP is broken into three parts;

You won’t own the car outright until you pay off that final amount.

With a credit union loan, there are no nasty surprises left at the end of the term – your payments will stay the same throughout.

As part of a PCP agreement, there is usually a restriction on how much mileage you put on the car. Going over the agreed maximum mileage can affect the final value of the car and end up costing you more money.

The credit union has no interest in how much driving you do in your own car (they only care that you drive safely)!

PCP providers often insist you have the car serviced on a strict schedule by someone in the official dealer network. If you come to the end of your term and you’ve either missed a scheduled service or had it done anywhere other than one of their specified locations it could end up costing you a fortune.

The credit union just hopes you look after your car so you can get the most value out of it!

When you buy a car it immediately begins to lose its value to depreciation, very quickly at first, but it does slow down. This is normal and with a credit union loan it isn’t an issue, because as depreciation slows down your payments catch up and it all balances out.

With a PCP, especially if you’ve paid a low deposit, you may never actually catch up with the car’s depreciation. This really only becomes a problem if you need to change cars or if your financial situation changes and you need to exit the PCP early, because even selling the car won’t be enough to cover what you owe the dealer.

PCPs are attractive because they consist of a relatively low deposit and low fixed repayments, which makes them seem very reasonable and manageable at the outset. However, you need to look at the total cost over the term – bearing in mind that the car isn’t even yours until the final payment is made – and it may work out more expensive than a credit union car loan. If you want to buy the car outright, unless you’ve been saving for the final lump-sum payment, it may mean having to take out a personal loan to pay for it.

Credit unions are made up of people from the local community, who share a common bond – whether it’s where they live, the industry they work in or an association they belong to.